It’s easier than ever to submit your own Class Note for publication consideration! Just click here.

Harry A. Smith Jr. ENGR ’43 celebrated his 99th birthday at home with his family. While at Pitt, he was a member of the Army ROTC and a trumpet player in the Pitt Band. He graduated early to serve in World War II as a first lieutenant.

Max Sherman PHARM ’53 published “Science Snippets: Brief Columns from a Small Town Newspaper” (Outskirts Press), a compilation of columns he wrote for the Times Union in Warsaw, Indiana. He is a medical writer whose work covers topics ranging from famed doctors and scientists to little-known facts about various species. This is his third book.

Frederick N. Frank A&S ’67, LAW ’70 was appointed chair of the Committee on Rules of Evidence by the Pennsylvania Supreme Court. This is his second term on the committee. He also published “Right of Access to Judicial Proceedings and Documents: A Reporter’s Manual” and “Protection of a Reporter’s Sources and Materials: A Reporter’s Manual” (Pennsylvania NewsMedia Association). He is a founding partner at Frank, Gale, Bails, Murcko & Pocrass, P.C., in Pittsburgh.

Linda Breitel Paez SCI ’67G achieved the “Outstanding Adjunct Faculty” designation at the University of Maryland Global Campus. She began teaching Spanish at various colleges and universities in Maryland following a long career in information sciences, during which she served as library director at St. Mary’s School in Raleigh, North Carolina, and department chair at the University of North Carolina’s Chapel Hill Undergraduate Library. She is also an adjunct professor at Anne Arundel Community College in Arnold, Maryland.

Lee Gutkind CGS ’68 has published “My Last Eight Thousand Days: An American Male in His Seventies” (University of Georgia Press), a memoir that explores aging and reflects on his life as a journalist, editor, husband, father and Pittsburgh native. He’s written or edited more than 30 books, is a former Pitt professor of nonfiction writing and is the founder of the literary magazine Creative Nonfiction.

Larry Laverentz GSPIA ’70 published “The Not So Ordinary People on the Roads I’ve Traveled” (self-published), a memoir that details the people who have made a great impression on him throughout his life. He lives in Lenexa, Kansas.

Were you a member of Air Force ROTC Detachment 730 who received your commission in April 1971? A group of alumni is planning to hold a 50-year reunion during Fall 2021 Homecoming and looking to connect with fellow members. Festivities are expected to include time to socialize, meet with current AFROTC cadets and their instructors, and connect with representatives from the University. For more information or to connect with members of the reunion committee, email pittafrotc1971@gmail.com.

Deborah Cook A&S ’72 was elected to the board of directors for Soroptimist International of the Americas, Inc., a global volunteer organization that empowers women and girls through education, mentorship and financial support. Previously, she served as region governor, club president and vice president for her local Soroptimist club in Somerset County, Pennsylvania.

Michael C. Hassett A&S ’74, GSPH ’76 performed in a number of theatrical productions in the Orlando area and wrote several plays that are scheduled to come to the stage in 2020 and 2021. He retired in 2016 after a successful career in environmental protection and television advertising.

Arturo C. Porzecanski A&S ’74G, ’75G was appointed by President Donald Trump to serve a two-year term on the President’s Advisory Commission on Hispanic Prosperity. Part of the White House Hispanic Prosperity Initiative in the U.S. Department of Education, the blue-ribbon panel advises the U.S. Secretary of Education and the White House about policy initiatives to improve educational and economic opportunities for Hispanic Americans. He lives in New York.

Marian “Mimi” Koral A&S ’75 celebrated her 30th wedding anniversary with her husband, Enis, on Sept. 8, 2020. The two met at a UPMC company picnic. They live in Edgewood, Pennsylvania.

Joseph Costanzo Jr. A&S ’75G is the subject of the manuscript “On the Rocks: A Nonfiction Account Chronicling the Rise and Fall of Joseph Costanzo, Jr., Former Owner of the Primadonna Restaurant, in Development.” The co-authors—his oldest daughter, Maria Costanzo Palmer, and Ruthie Robbins—are currently seeking representation for its publication.

Augustine J. Frkuska Jr. A&S ’76 is codirector of Our Lady of the Lake University’s Global Learning and Observations to Benefit the Environment (GLOBE) Program in San Antonio, Texas. He trains educators on how to use the curriculum from the Texas Parks and Wildlife Department, Texas Forestry Association, and National Oceanic and Atmospheric Administration. He is also a planetarium specialist at San Antonio College’s Scobee Education Center and Planetarium.

Subhash Singhal BUS ’77G received the inaugural High-Temperature Energy, Materials & Processes Division Subhash Singhal Award from the Electrochemical Society at the 16th International Symposium on Solid Oxide Fuel Cells in Kyoto, Japan. Named in his honor, the award recognizes exceptional research in the science and engineering of solid oxide fuel cells for clean power generation. He also received an honorary doctorate from the University of Tartu in Estonia for his outstanding achievements in the development of renewable energy, as well as his work with the university’s electrochemistry researchers.

Judy Stout A&S ’78G completed a 19-month service assignment in Jos, Nigeria, with Brethren Volunteer Service. She taught high school English and tutored students preparing for the Test of English as a Foreign Language. Her program ended two months early due to the COVID-19 pandemic.

Mauria McPoland A&S ’79, GSPIA ’81 was named president of the Association of Fundraising Professionals (AFP) Greater Los Angeles Chapter. She is also a member of the AFP Global Women’s Impact Initiative, which promotes equity and inclusivity in fundraising and addresses the challenges that women face in the profession.

Timothy George ENGR ’80 published “The Grownup’s Guide to Surviving Your First Century Ride” (independently published), a book of instructions, recommendations and words of encouragement for cyclists who want to complete their first 100-mile ride.

Bruce Lindsay ENGR ’84 received the 2020 Best of Green Schools Award from the U.S. Green Building Council and the Green District Award from the Florida Department of Education for his work as the manager of energy and resource conservation for Brevard Public Schools in Florida. He was also reelected president of the Spacecoast section of the American Society of Heating, Refrigerating and Air-Conditioning Engineers, of which he is a life member.

Glenn Ponas EDUC ’88, ’94G was named director of high school outreach at the Aircraft Owners and Pilots Association in Frederick, Maryland. He and his team are bringing STEM-based aviation education to high school students across the nation. Previously, he worked in Pittsburgh Public Schools for 32 years.

Victoria L. Bastecki-Perez EDUC ’90G, ’95G was named president of Montgomery County Community College. Previously, she has held several other leadership positions at the Pennsylvania college, including interim president, vice president of academic affairs and provost. She is also a former faculty member in Pitt's School of Dental Medicine and was recognized as a dental hygiene distinguished alumna in 2010. She lives in Perkiomenville, Pennsylvania.

William Pileggi NURS ’97G, Michael Boland CGS ’98, David Julian EDUC ’99G and Amanda Beckstead NURS ’15, ’20G, who work together at the Pittsburgh Veterans Affairs (VA) Medical Center, were members of a team that received a 2020 Gears of Government Award from the U.S. Department of VA for developing effective safety measures to help prevent emergence delirium, a post-surgery condition that disproportionately affects combat veterans. They hope to expand their training across the entire VA system.

Jennifer (Mastri) Burden A&S ’01 was named heritage program manager at the Oil Region Alliance of Business, Industry and Tourism, a nonprofit corporation that manages the preservation, promotion and development of the Oil Region National Heritage Area in Pennsylvania. She is responsible for all heritage-related grant administration, budgeting and programming, and she serves as liaison to the National Park Service, Pennsylvania Department of Conservation & Natural Resources, Heritage PA and The Alliance of National Heritage Areas.

Robert J. Salzer A&S ’01 was appointed a fellow of the American Academy of Matrimonial Lawyers. He is a partner at Williams Family Law in Doylestown, Pennsylvania, where he specializes in financially complex, high-net-worth family law matters.

Jenica Harshbarger UPJ ’06 published “Kamille’s Quest of Courage” (Covenant Books), a children’s book that follows the adventures of a young Komodo dragon that learns that courage is more important than physical appearance. She lives in Johnstown, Pennsylvania.

Jessica B. Ruffin A&S ’06 succeeded Karen Blumen A&S ’75, LAW ’76 as the deputy director of Allegheny County’s Office of Community Relations. She previously held the position of senior leader for equity and inclusion, and she has held leadership roles at Coro Center for Civic Leadership, Amachi Pittsburgh and Carlow University.

Bethany Hamilton LAW ’07 was named director of the National Center for Medical-Legal Partnership at George Washington University’s Milken Institute School of Public Health, where she will lead the movement to integrate legal services into health care settings in order to address the causes of health inequities. She previously served as the deputy director of state affairs at the National Association of Community Health Centers.

Whitney Grespin GSPIA ’09 was named a Penn Kemble Fellow on the National Endowment for Democracy’s Penn Kemble Forum on Democracy. The forum provides future leaders in foreign policy and national security with opportunities to engage in bipartisan conversations and discuss various policy challenges. She is a visiting scholar at the Institute for African Studies at the Elliott School of International Affairs at George Washington University.

Christopher Harner A&S ’11 and Cristina Restrepo EDUC ’15, ’16G got engaged in the spot where they first met during a Pitt Send-Off event in Washington, D.C.’s Capitol Hill neighborhood. Their wedding is planned for December 2020.

Lisa Tennis BUS ’14, ’15G was promoted to the role of manager at Maher Duessel, a Pennsylvania-based accounting firm that specializes in government and nonprofit services.

Matthew C. Burger A&S ’16 married Nicolette Adamson on May 23, 2020. He also graduated from the University of Central Florida College of Medicine and began a radiology residency in Tampa.

Kristen (Tunno) Orndoff EDUC ’16, ’17G was crowned Mrs. Pennsylvania International 2020. Her pageant platform as a contestant was Read Across America, and she will continue promoting the National Education Association program as this year’s titleholder. She was crowned by her husband (and former Pitt Panthers Football tight end), Scott Orndoff CGS ’16. 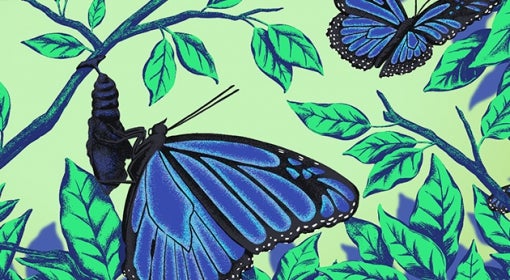 How students helped the University start the year off safely.