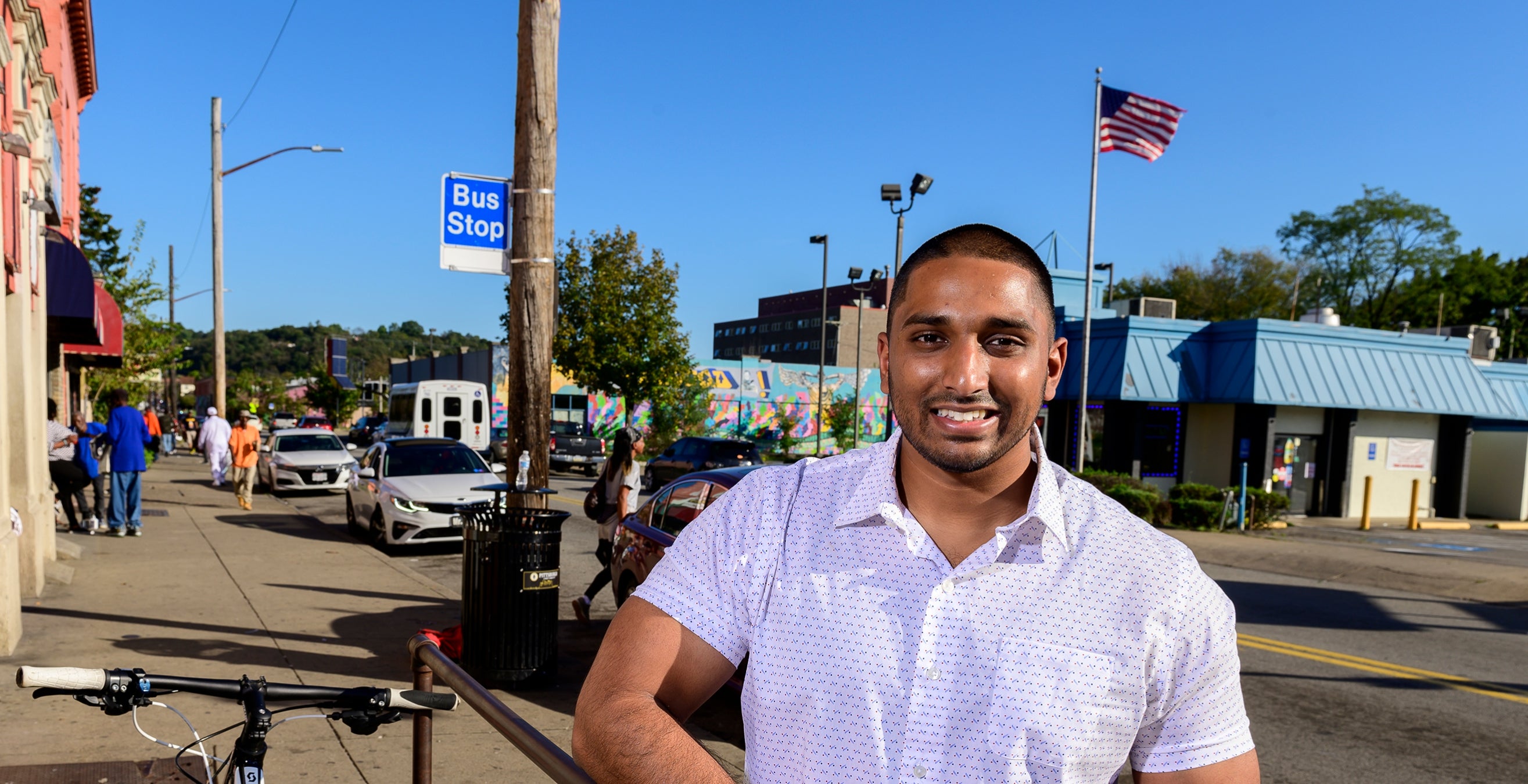 Wasi Mohamed (A&S ’17) describes himself as a hesitant leader when he attended Pitt. One look at his resume tells a different story. He was an active and aspiring student interested in combining his class work with community service. Even before he received his bachelor’s degrees in philosophy, neuroscience, and history and philosophy of science, his campus engagement and broad scope of community influences led him to become the executive director of the Islamic Center of Pittsburgh (ICP). In 2018 he helped to lead ICP in raising more than $250,000 for the victims of the Tree of Life mass shooting and their families. Chancellor Patrick Gallagher caught up with Mohamed, who recently became the Pittsburgh director of community entrepreneurship for the nonprofit organization Forward Cities. Patrick Gallagher: Congrats on the new role—it seems like an exciting next step. Tell me about the work.

Wasi Mohamed: Thanks! Forward Cities provides resources to entrepreneurs of color, women, and other minorities and works to remove the barriers that prevent their success. We hope to make a dent by building ecosystems and a nationwide learning network to ensure that economic justice and equity are national goals.

Mohamed: Actually, much of it is rooted at Pitt. I was preparing to study medicine, but the Honors College provided me with such great frameworks for how to tackle the world that it opened me up to wanting to understand more about social issues. Also, when I was a resident assistant, I met Pitt social work professors Keith Caldwell and Tracy Soska. They introduced me to new ideas on community building. They helped me to understand that you can learn from the community and grow from understanding people and their issues.

Gallagher: Many know you as one of the leaders who stepped up after Tree of Life. What inspired you to do that?

Mohamed: I never considered it to be much of a decision. It’s like whenever a family member gets hurt. You don’t think about what you do; you just react. People assume that the Muslim and Jewish communities don’t get along. In reality, we have a great relationship here that we’ve built over a long period of time.

Gallagher: What advice do you have for anyone looking to make a difference?

Mohamed: Now more than ever, people have to be active, be engaged, be educated on the issues, reach out to their neighbors, and embrace those who are being pushed away by others. I think when there is a need in the community, people should use their skills and talents to serve in the best way they can. For me, that’s just part of my Pitt DNA.