Skip to main content
University of Pittsburgh
Spring 2021
In Memoriam

Bernard Bloom GSPH ’71, May 2020, age 76, of Washington, D.C. He was an environmental engineer by profession with expertise in metallurgy, meteorology, astrophysics and the health sciences. As an activist with a hands-on approach, he believed in justice, respect and universal equality as guiding principles, dedicating himself to causes as varied as advocating for local parks to mentoring younger generations. He was a devotee to environmental causes and the Brooklyn Dodgers. He enjoyed 35 years of marriage with his wife, whom he loved passionately.

Albert L. Johnson Sr. BUS ’55, December 2020, age 89, of Wilkinsburg, Pennsylvania. At Pitt, he participated in Army ROTC and was a member of Alpha Phi Alpha. After graduation, he joined his father’s photography business and later studied portraiture at the New York Institute of Photography. He served in the Army Reserve, where he reached the rank of colonel. An active community member, he volunteered with the Boy Scouts of America, Urban Youth Action and Wilkinsburg’s Zoning Board of Appeals. With his wife of 50 years, he was a devoted member of First Baptist Church, where he was on the Board of Deacons and in the church choir.

Alexander Levy A&S ’66, EDUC ’67G, January 2021, age 77, of Scenery Hill, Pennsylvania. After high school, he studied at Oberlin College before moving to New York City. After attending Pitt, he co-founded Alpha House, a substance-abuse disorder treatment center in Pittsburgh. As a psychologist, he ran an independent practice for more than 40 years and regularly served as an expert witness in court. His book, “The Orphaned Adult: Understanding and Coping with Grief and Change After the Death of Our Parents” (Da Capo Lifelong Books), achieved international success and was translated in multiple languages. His family was one of his greatest joys.

Stanley Hurwick Levy MED ’49, December 2020, age 94, of Detroit. As a member of the Navy during World War II, he was sent to the V-12 Navy College Training Program at Princeton University. While there, in a coincidence that would later become a favorite anecdote, he attended a Passover Seder meal and was seated next to Albert Einstein, then a resident scholar at Princeton. After earning a medical degree from Pitt, he opened a unit for atomic medicine in Detroit’s Sinai Hospital. In addition to being a skilled physician, he was a book collector, philanthropist, advocate and an adjunct professor of medicine at Wayne State University in Detroit.

Richard M. Mann MED ’51, January 2021, age 96, of White Oak, Pennsylvania. An officer in the U.S. Navy, he served on a destroyer minesweeper, a type of ship, in the South Pacific during WWII. After earning an undergraduate degree from Pennsylvania State University, he attended medical school at Pitt and subsequently completed his residency in obstetrics and gynecology at Magee Womens Hospital. He practiced medicine at McKeesport Hospital, where he headed the Department of Obstetrics and Gynecology for 20 years. A loving husband and father, he was also a talented musician.

John C. “Jack” Mascaro ENGR ’66, ’80G, July 2020, age 75, of Upper St. Clair, Pennsylvania. He completed undergraduate and graduate degrees in civil engineering at Pitt, where he met his wife. He joined the Pittsburgh construction company Mellon-Stuart, where he eventually became executive vice president before leaving to start his own company, Mascaro Construction, which became of one of western Pennsylvania’s largest contractors. An advocate for environmentally sustainable construction, he established the Mascaro Center for Sustainable Innovation at Pitt. He has been honored many times, both personally and professionally, and he has received some of Pitt’s most prestigious awards, such as the Chancellor’s Medallion and the Distinguished Alumni Award.

Nancy Lee McAdoo CGS ’82, December 2020, age 86, of Murrysville, Pennsylvania. A flight attendant turned stay-at-home mother, she volunteered with numerous nonprofit organizations. A passion for helping the elderly led her to Pitt, where she studied long-term care administration. After graduation, she helped establish the ENRICH Adult Day Care at Newlonsburg Presbyterian Church and served as its director. Later, she worked at Allegheny County’s Eastern Area Adult Services and the Pennsylvania Department of Public Welfare. In retirement, she continued to volunteer and enjoyed gardening, photography, crafting, reading and traveling.

Mary Jane Page EDUC ’48, ’53G June 2020, age 99, of Pittsburgh. Born in Swissvale, she graduated in the top 10 percent of her high school class. At the Pittsburgh Courier, she worked as the secretary to the managing and executive editors. After receiving the Robert L. Vann Scholarship, she came to Pitt, where she was active in many student organizations and recognized with a number of honors. After earning her undergraduate degree, she was offered a staff position in the University library and later enrolled in Pitt’s master’s program for elementary education. Her family will always remember her resilience in the face of racism, the injustices of which she never allowed to diminish her spirit.

Michael Lorenzo “Mikey” Racciato A&S ’17, December 2020, age 26, of Pen Argyl, Pennsylvania. At Pen Argyl High School, he was a two-way starter on the football team and an award-winning, record-breaking wrestler. While at Pitt, he wrestled for the Panthers and won the ACC championship as a sophomore. He was also a two-time qualifier for the NCAA Division I Wrestling Championships. Aside from his athletic talent, he will be remembered for his dedication, humor and kindness.

Diane K. Pile SOC WK ’74, November 2020, age 68, of Rockville, Maryland, formerly of New Paris and Greencastle, PA. After graduating from Pitt with a degree in social work and psychology, she earned an MSW from Florida State University. During her 44-year career as a social worker, she served clients through several agencies in Maryland. A talented singer, she was an alto in Pitt’s Heinz Chapel Choir. She served as choir president in her senior year when, in May 1974, the Heinz Chapel Choir made its first trip overseas on a singing tour of four European countries. After college, she enjoyed singing in choral groups in Maryland including the Baltimore Choral Arts Society, Cantate Chamber Singers and the Thomas Circle Singers.

James Reinsel A&S ’67, October 2020, age 76, of Elkridge, Maryland. A Pittsburgh native, he was a Pittsburgh sports fan from childhood. After earning his undergraduate degree at Pitt, he earned a Master and Doctor of Social Work from the West Virginia University and The Ohio State University, respectively. For decades, he was a social worker for the state of Maryland, where he focused on aiding people with disabilities. He ended his career as director of research and evaluation at the Maryland Department of Disabilities. In retirement, he traveled to numerous national parks with his wife, practiced his softball swing and continued serving those with disabilities.

Annette (Kwiecinski) Troll NURS ’79, May 2020, age 62, of North Huntingdon, Pennsylvania. She was born in McKeesport, Pennsylvania, and graduated from McKeesport Area High School. At Pitt, she was active with Pi Kappa Alpha Little Sisters and a member of the Pitt Ski Club. A dedicated nurse, she spent her career caring for cancer patients at an outpatient chemotherapy oncology office. She was a big fan of the Pittsburgh Penguins and enjoyed watching Marc-Andre Fleury block the puck.

James Lee Wright Jr. GSPIA ’69, December 2020, age 84, of Atlanta. After graduating from Vanderbilt University, he moved to Beaver, Pennsylvania, to work in city planning. He took night classes at Pitt and completed a master’s degree before moving to Atlanta, where he founded Wright Associates, Inc. He worked for 25 years at the U.S. Department of Housing and Urban Development. During retirement, he spent five years as mediator for the Supreme Court of Georgia. Throughout his life, he volunteered with organizations such as Outstanding Atlanta, the Georgia Planning Association and Peachtree Presbyterian Church, and he cherished life with family and friends.

Ronald Wulkan A&S ’51, January 2021, age 92, of Sarasota, Florida. Born in Pittsburgh, he lied about his age in order to join the Pennsylvania State Guard. After enlisting in the Army, he was a military police desk sergeant in Occupied Japan. At Pitt, he won the ROTC’s Distinguished Military Student Award. He worked as a writer, editor and reporter for various outlets in the Pittsburgh region and became the vice president of advertising and public relations of the Western Pennsylvania National Bank. In New York City, he was an account executive for national advertising clients. He held several senior executive roles at international corporations until establishing a marketing and publishing firm with his wife. 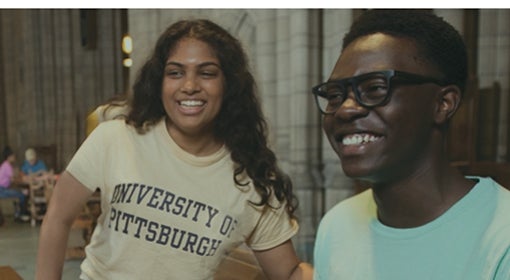 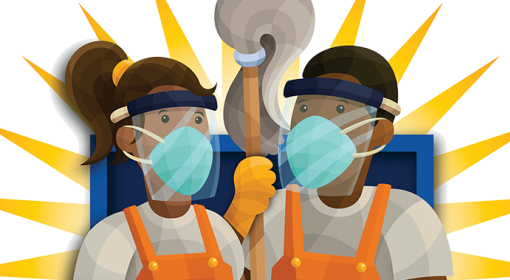 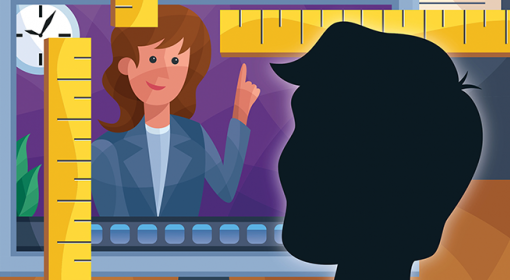 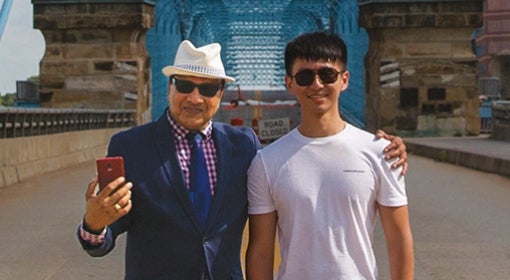