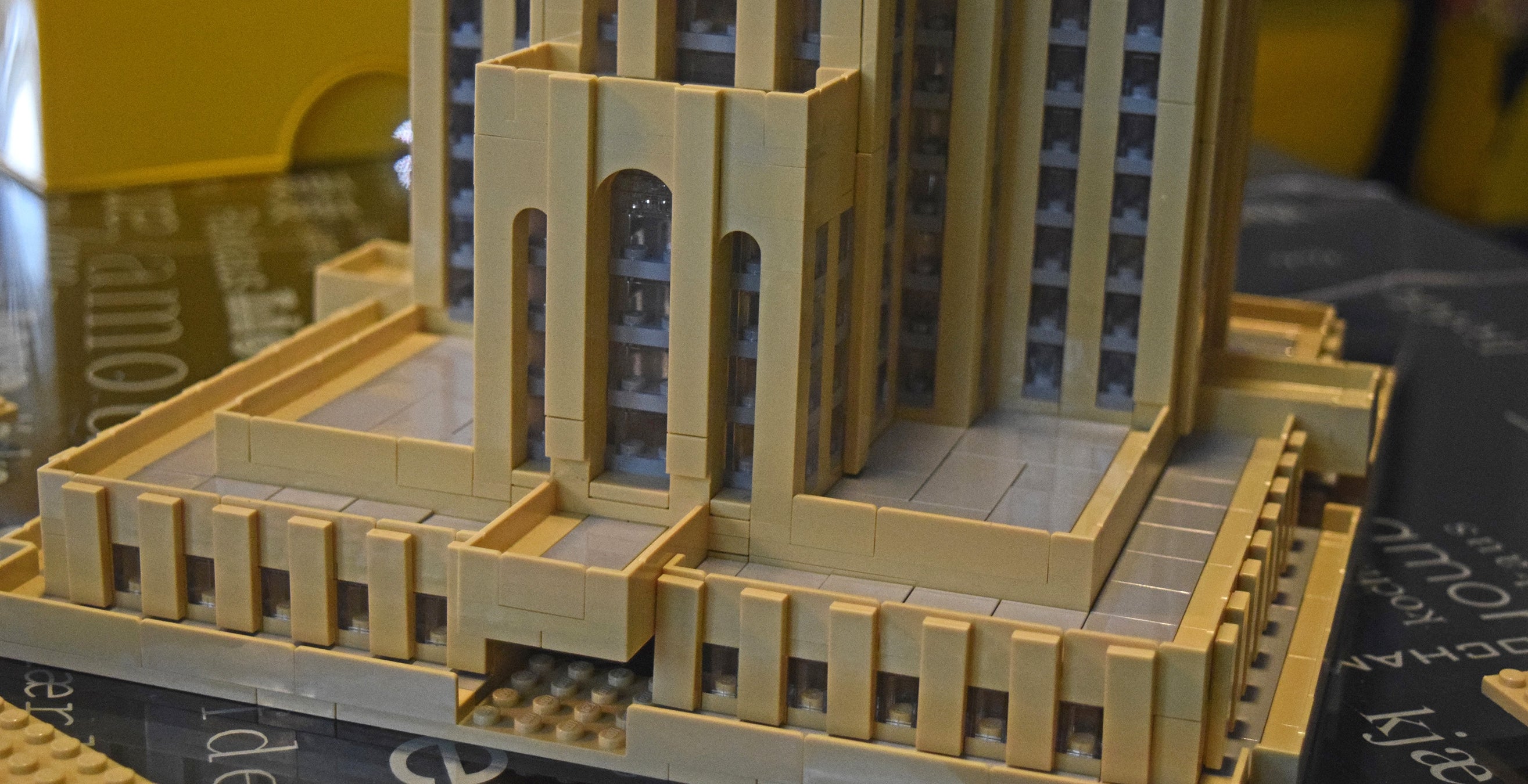 From his Shadyside apartment, Johnmichael Bohach has a view of some the most impressive structures in the world. There’s the Eiffel Tower, the Sydney Opera House, Frank Lloyd Wright’s Fallingwater and the Great Wall of China.

But as much as he reveled in his collection, which also includes national historic monuments such as the Statute of Liberty and the Lincoln Memorial, something was missing. So, when Bohach (A&S ’06), a theatrical set designer, was confined to his home due to COVID-19, he set his sights on a special project. He began to build the University of Pittsburgh’s Cathedral of Learning to pay homage to his alma mater.

Bohach’s collection of landmark creations are made from the LEGO Architecture sets, which provide blueprints, tools and materials to help ambitious builders put together scaled-down models to honor architectural wonders across the globe.

But the Cathedral is his own design. He ordered the LEGO bricks, a half-pound at a time, and, working with photos, videos and Google 3-D images of the Cathedral, began his re-creation of the beloved building where he once took classes.

The complicated creation is right up Bohach’s alley. He studied architecture and theater at Pitt. A native of Hermitage, Pennsylvania, he grew up “always making stuff with construction paper and working on crafts projects” with his mom and late sister, Michelle.

He doesn’t remember playing with LEGOs as a kid, but his mom says he did. However, as an architecture student at Pitt, his interest was reawakened by the LEGO Architecture series when he spotted the miniature Sydney Opera House at a local mall. “I was fascinated by all the bits and pieces, the downsizing, and the interpretation of being able to make something fit into the palm of my hand,” he says. The fascination carried over to his work on the Cathedral, where he's meticulously sorted what he says must be about 2,000 LEGO bricks into the shapes and sizes he feels he’ll need. He started at the top and, working downward, is using his architectural skills to keep the building proportional. He’s learning as he’s going, often having to deconstruct and began again to make better angles.

And, he’s working with integrity. He’s matched the colors of the LEGO edifice to the Cathedral’s tan and gray hues. He’s using LEGO material to build the beams that support the structure. And, though the miniature structure is expected to be only 30-inches tall, he’s worked to ensure that it visually represents all 42 floors of the real thing.

After nearly six weeks of tinkering, the construction is largely done. Bohach is now crafting the lower floors and deciding if he wants to put lights in the building. He’s also figuring out how he can add touches such as the Victory Lights, the peregrine falcons’ nest, or the surrounding green lawns. (He says he’s excited to finally move on to a new color.)

He’s also considering whether to add the Stephen Foster Memorial, where the University’s Department of Theatre Arts holds most of its productions. If he does, he says, the completed structure will come full circle for him personally, representing the two sides of his life: architecture and theater.

He looks forward to getting back to work designing sets for theatrical productions. In the meantime, he’s keeping his creative muscles—and Pitt pride—toned. 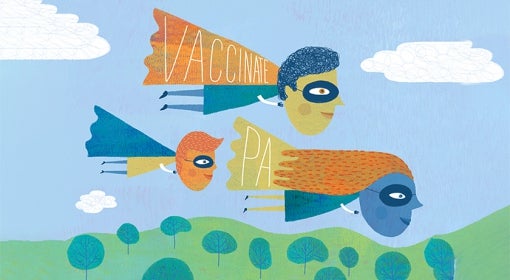 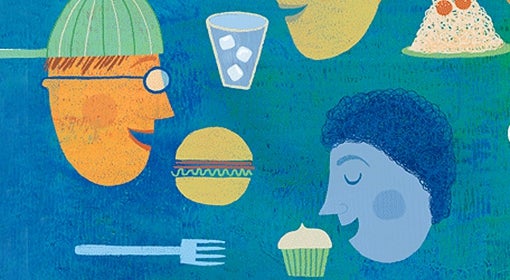 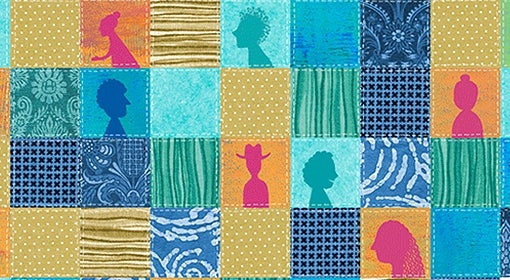 Part of a Pattern

A class on museum curation invites students to think about art on a whole other level.