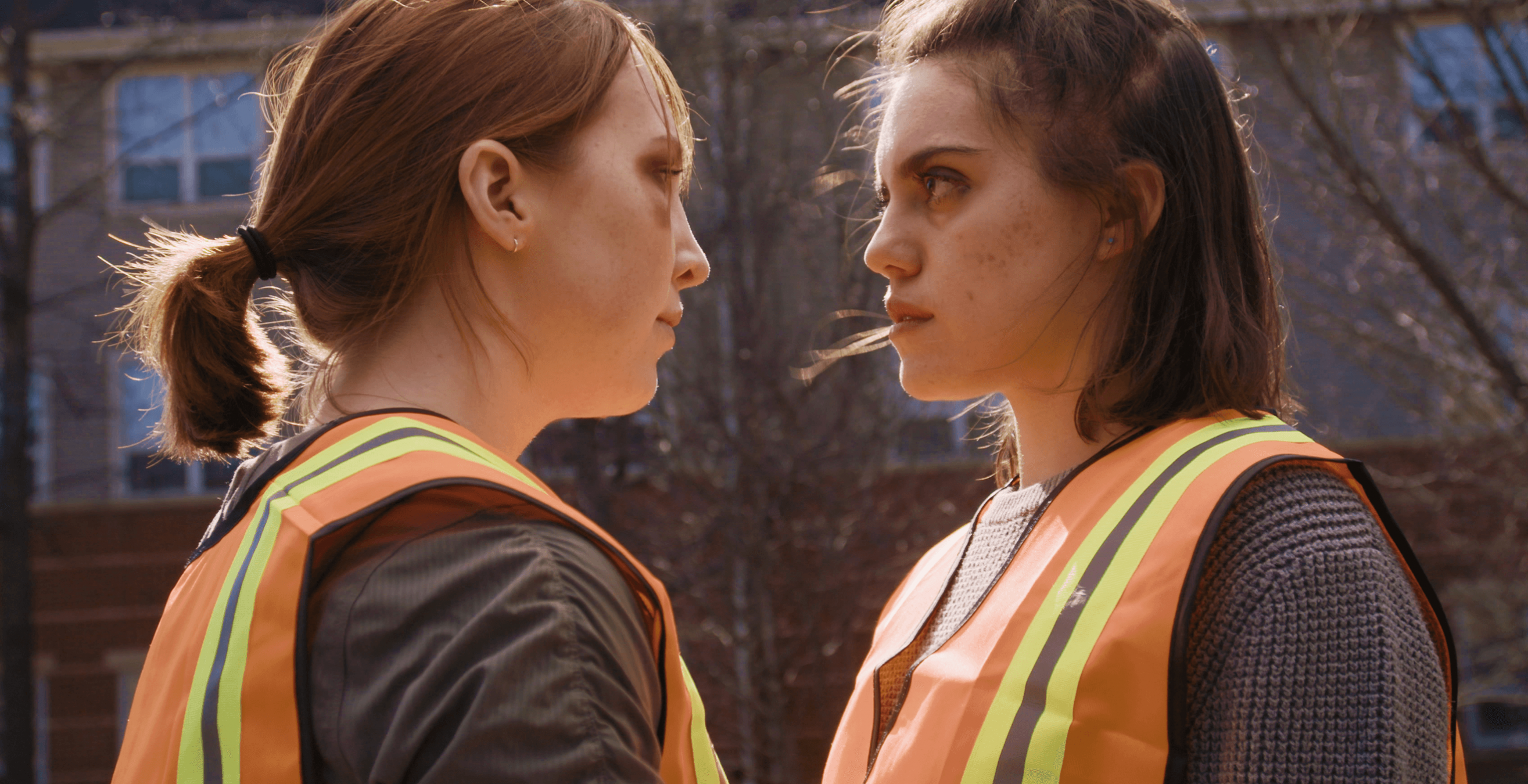 Sam Orlowski stood tearful behind a video camera, watching her words come to life. In front of the lens was Millie, a high school senior on the verge of coming out to herself and her classmate Andy. This was the last scene of Orlowski’s short film, “Thanks to Her.”

For the Pitt senior, who had yet to come out as bisexual and asexual to her family, that scene was laced with emotion.

“Everybody has a really different [coming out] journey,” says Orlowski (A&S ’19), the film’s writer and co-director. “You do it over and over again to different people in different ways. I wanted to portray that.”

Two years later, her first foray into screenwriting and directing is far from over: Originally a 23-minute short, “Thanks to Her” has garnered more than 800,000 views on YouTube, won an award and is now being turned into a feature-length film. But perhaps most importantly, the film’s message has resonated further than Orlowski ever thought it would.

The film’s journey began in a Screenwriting 101 course during the fall 2018 term. On the first day, film and media studies instructor Carl Kurlander gave the class an ambitious assignment: Over the course of the semester, they would each write a feature-length film script. Kurlander said go home, brainstorm and come to the next class with story ideas, preferably “something personal, because the best stories come from personal experience,” she recalls. “I took that to heart. … I thought, what would I want to see and what can I put of myself in there?”

Orlowski had been out to herself and her friends for a year and a half and had considered how she’d come out to her family. She enjoyed exploring LGBT culture, she says, but was disappointed when it came to lesbian representation. So, she decided that’s what she would write about. months of writing and revising, the result was “Thanks to Her,” the story of high school seniors Andy and Millie who, after getting into a fight prompted by an anti-LGBT slur, must complete a month of community service together.

Impressed with the script, Kurlander introduced Orlowski to Samantha McCoy (A&S ’19), a film student who already had directing experience under her belt, and encouraged them to continue working on the film as co-directors. He pointed them toward Pitt’s Personalized Education Grants, which give selected students $15,000 to develop and implement an educational experience specific to their professional interests and career goals.

The filmmakers applied and got the grant, giving them the resources to produce a condensed version of “Thanks to Her,” which became Orlowski’s final project in her and McCoy’s senior capstone course in spring 2019.

“Pitt’s program is super collaborative because with a lot of the production courses you're expected, as an individual, to finish a project,” McCoy says. “[But] it’s hard to make a movie by yourself; so, at the same time, you’re working on everyone else’s projects.”

With the help of classmates, Pitt film alumni and local industry professionals— including Anh Vu, (A&S ’18), director of photography; Noah Livingston (A&S ’19), a producer; Hayley Ulmer (A&S ’18), assistant director; and instructors Kurlander and John Cantine, both executive producers—Orlowski and McCoy cast and filmed the short during their last semester at Pitt. Then came the editing and other post-production work.

After premiering on YouTube in September 2020, “Thanks to Her” quickly gained traction, prompting feedback from strangers who, for the first time, found themselves represented in popular culture.

“I straight up almost cried,” writes Lisa T in a YouTube comment. “I’ve never seen myself represented in anything…I can’t tell you how much this means to me, thank you so much <3.”

Another comment reads: “I love how this LGBT+ film includes the emotional concept instead of sexualizing the characters. This gives me the confidence to fight for my and others’ rights as a young teenager. Thank you :) .”

For Orlowski, if she could make someone’s day by sharing the film, she considers it a success. “I wanted to do justice to these sexualities and characters,” Orlowski says. “I wanted to do it right because that’s what this story and the LGBT community deserves.”

In 2021, the film won an award from the Voices Rising Film Festival. After running a successful Kickstarter campaign in March 2021 and raising more than $35,000, Orlowski and McCoy, who now work as freelance filmmakers, are getting ready to film the feature-length “Thanks to Her” over a period of two weeks in July and August. Preparations include casting characters, hiring a production crew, scouting out filming locations and even some script editing.

Fortunately, thanks to their time at Pitt, they’re more than up to the challenge.

“Pitt really prepared us to go out there and do things on our own and think our way through something,” Orlowski says. “[Because of] that we're better filmmakers now.”

Top image: Millie (left) and Andy, played by AJ Molder and Julia de Avilez Rocha respectively, must do community service together after a getting into a fight in the short film “Thanks to Her.”