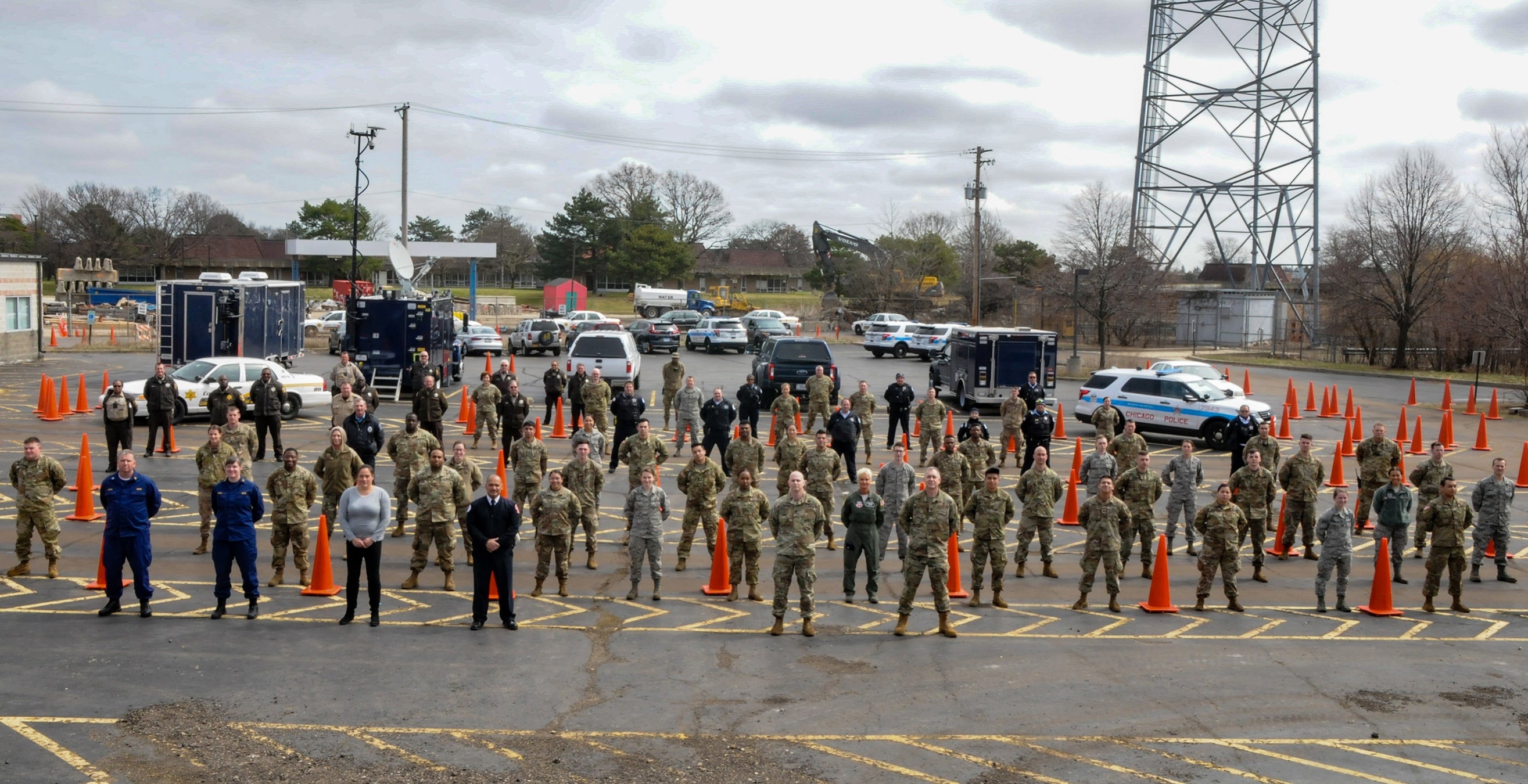 By 6 a.m. every morning, Brian Gahan could see a mile-long line of cars idling outside the former vehicle emissions facility. Inside each car, he knew, was an anxious driver or passenger hoping to be tested for COVID-19. He and his team, stationed in a Chicago suburb, were responsible for making that happen for as many people as possible.

From mid-March through May, Gahan, a lieutenant colonel in the Illinois Air National Guard, led a response force of 120 Army and Air reservists to develop and implement—with the support of the governor’s office—the State of Illinois’ first novel coronavirus drive-thru testing facility.

“This was completely out of the ordinary,” says Gahan (BUS ’85G), who also investigates whistleblower complaints for the Air Force. “It’s not an area that falls under the training that we typically undertake.”

But rising to the challenge is exactly what he signed up for.

By the end of May, they had facilitated about 30,000 tests, contributing to the vital need to track and limit the virus’s spread. The first test site of its kind, it was soon recognized as the model for similar facilities established nationally and internationally, according to Gahan.

Although the mission was unlike any the soldiers and airmen had experienced, as members of the National Guard, they had pledged to be “Always Ready, Always There.”

“For me it was one of the few times that you're called to help to the level we were asked,” Gahan says. “To help your family, friends and citizens of your state for an extended period of time…it was very rewarding.”